If you arrive at the port of Sorrento and you love archaeology and natural phenomenons, you cannot miss the excursion to Pompeii, Vesuvius and Herculaneum from Sorrento port, one of the most requested shore excursions requested by tourists arriving by ship in Sorrento.

After your pick up at the port, where a driver will be waiting at the dock with a sign with your name on it, we will drive to Pompeii, the first stop of the tour.

Pompeii, the first stop of the shore excursion from Sorrento

The ancient city of Pompeii was buried by a tremendous eruption of Vesuvius in 79AD and is currently the third archaeological site in Italy after the Colosseum and the Fori imperiali in Rome. In Pompeii, we will stop about 2 - 2 ½ hours for the visit of the archaeological site.

It is possible to visit the site on your own thanks to convenient audio guides that can be rented at the entrance of Porta Marina, the port of the ancient city which at that time led to the sea.

Authorised guides from the Campania region are available and can be recommended by our driver on request and they will accompany you on the tour showing you in detail each area and place that came to light during the excavations. The famous Villa dei Misteri, whose walls are painted using the Pompeian red, the Lupanare, the ancient brothel, the ‘taberne’, restaurants of that time and the Foro, the crucial centre of Pompeii.

Vesuvius - the second stop on our tour from Sorrento port

After Pompeii, the shore excursion from Sorrento will make a stop at the Vesuvius where we will come across a street with a fantastic view over the city of Naples.

When you have reached the top of the volcano, you can buy your entrance ticket to the National Vesuvius Park and stroll through the paths that make up the hike and go up path number 5, the one that will take you to the ‘Gran Cono’ of the still active volcano.

The views from this trail will give you a fantastic experience. To walk the path, you must be accompanied by an Alpine and Volcano guide from the Campania region.

After the Vesuvius, the shore excursion to Pompeii, Herculaneum and Mount Vesuvius from Sorrento port  will stop in Herculaneum, the famous Roman city dedicated to the Greek hero Hercules, from which it takes its name and destroyed by the eruption of Vesuvius in 79AD together with Pompeii and Oplontis. Even Herculaneum was declared a Unesco World Heritage site.

In Herculaneum, you can visit the excavations with a licensed guide, on request, who will be recommended by your driver, and see the remains of the buildings excavated in all these years. The city of Herculaneum suffered the direct action during the eruption of boiling mud that flowed and buried the city under a blanket of 15 metres of eruptive materials. As you enter you can admire the remains of a burnt boat discovered by archaeologists on which it is believed about 150 people were trying to escape death but that was swallowed by the sea.

Then it will be thrilling to stroll along the cobblestone streets and discover the many houses with mosaic floors and frescoes like the Casa d'Argo, the Casa dello scheletro, where human remains were found, and the Casa dell’Albergo.

At the end of the excursion to Pompeii, Herculaneum and Mount Vesuvius from Sorrento port, there will be time for an ice cream or dessert to end this beautiful day discovering the most beautiful archaeological and natural sites of the Campania coast.

Discover all shore excursions from Sorrento 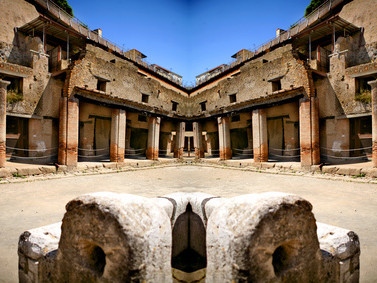 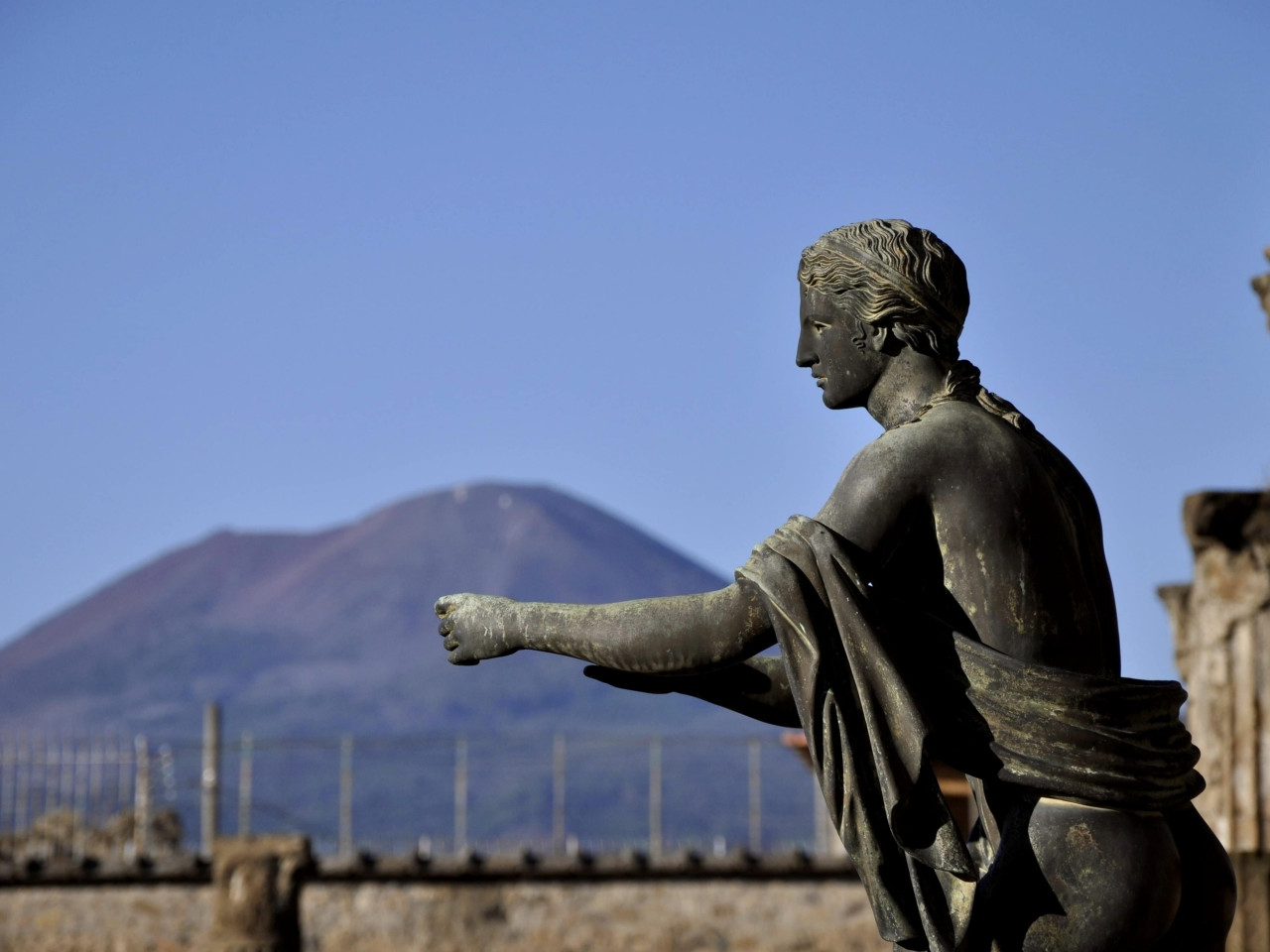 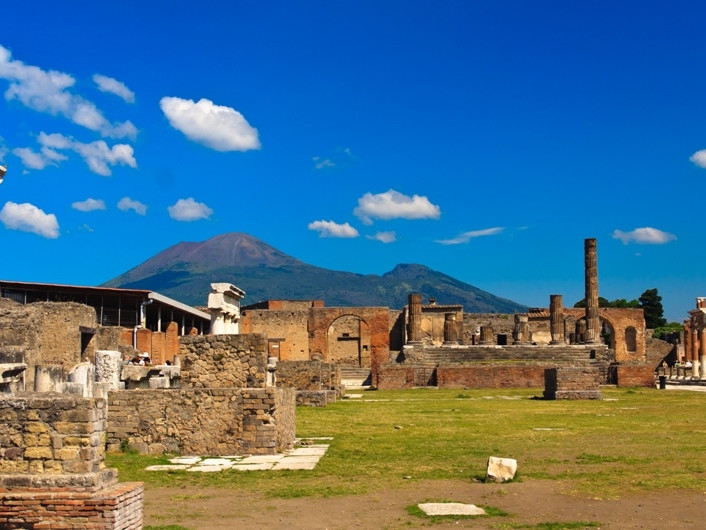 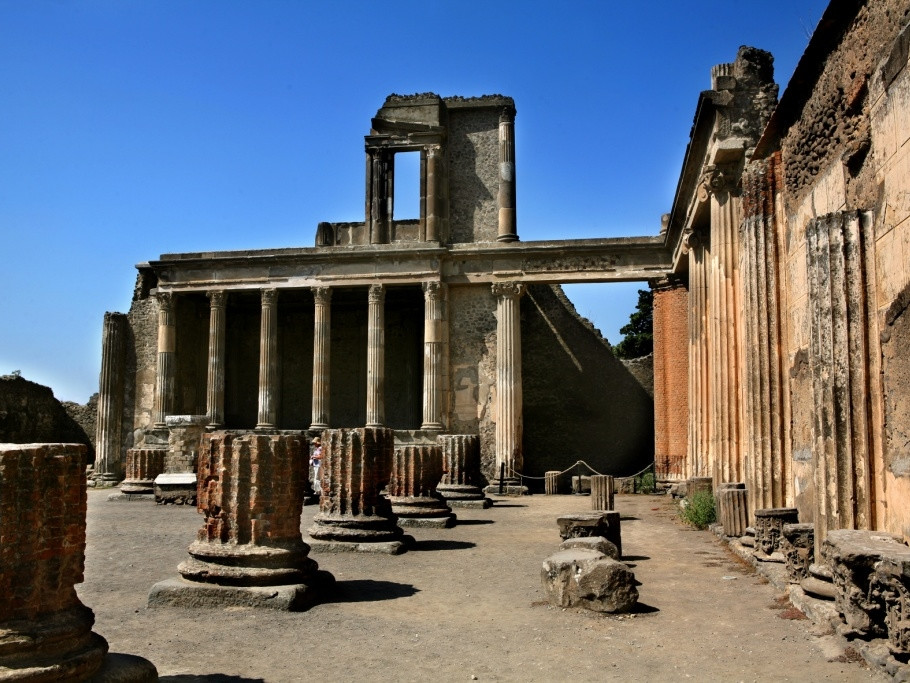 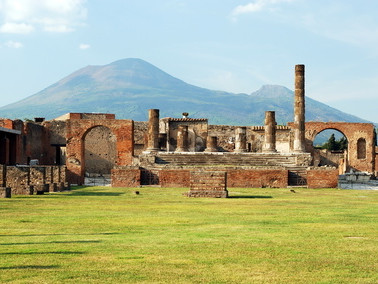 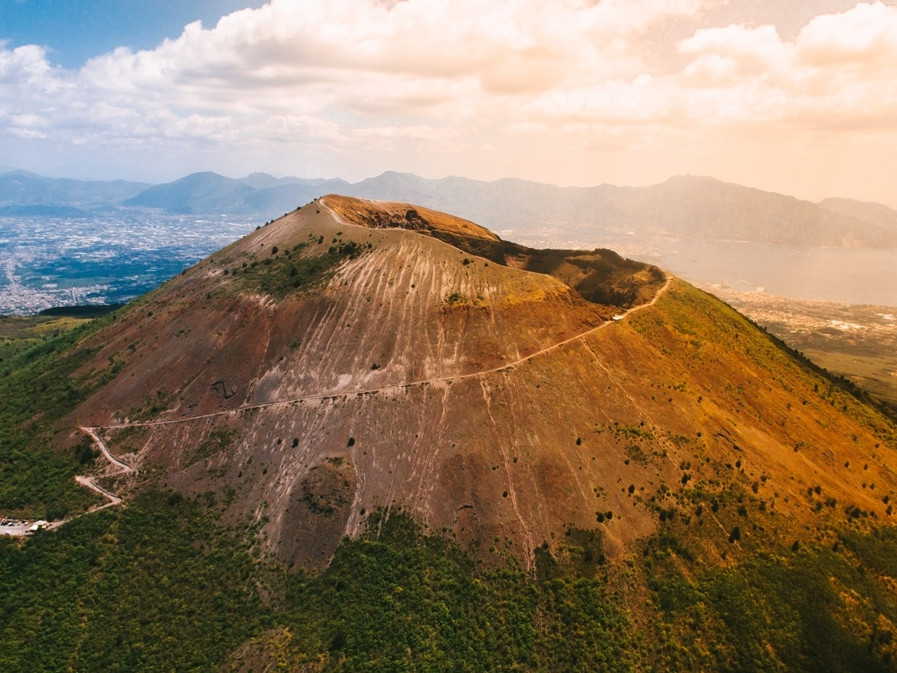