We will start exploring Naples and all its treasures with a My Positano Limo private tour of Naples with a driver who will be attentive to all your needs and your special requirements who will pick you up at your hotel at an agreed time.

The Neapolitan capital has much to offer tourists arriving each year, from its artistic beauty and its views to its jolly atmosphere that is breathed in every corner of the city. Many poets and artists have praised this beauty.

Our private excursion to Naples departs from the old town, the oldest part of the city, one of the oldest in Europe, including 27 historical centuries and was declared a world heritage site in 1995.

details of the Naples private tour

Our private excursion to Naples starts from the historic center where we will find many churches off the twisting of narrow streets and moving from North to South the three main decuman gates, the three major ancient streets dating from the 6th century BC.

About 200 historic churches are open on this site, with works by Caravaggio, Giotto, Donatello and many other famous Italian and foreign artists, but also obelisks, monasteries, cloisters, catacombs, archaeological excavations with Greek and Roman remains, historic buildings with statues and low reliefs and the famous streets of the Neapolitan nativity scene.

Our private tour in Naples then continues with the visit to Piazza del Gesù, the Monastery of Santa Chiara with its colourful majolica cloister, Via Tribunali, via San Gregorio Armeno, famous for its handmade nativity scenes and Spaccanapoli, the ancient decuman gate below, a street which literally divides the old city between North and South.

You will also have the chance to visit Naples underground with a tour of an hour and a half that will lead you forty metres deep, in an underground tunnel of the ancient city, where you will travel through time.

We will also visit the Duomo di San Gennaro, in neo-Gothic style, which houses many relics of saints and the blood of San Gennaro and the Cathedral of Naples with its museum, where you can admire the ancient machine gun of the patron saint of Naples, one of the most valuable of the entire Neapolitan goldsmith's production, embellished with diamonds, rubies and emeralds.

After discovering the historic part of Naples with its art, traditions and folklore, the private tour of Naples will make a stop in Piazza del Plebiscito in Naples. From this square, one of the largest in the city, you can admire the Royal Palace of Naples, the San Carlo theatre and the Galleria Umberto I, and then reach the Naples seafront where you can admire the Gulf of Naples that opens up right before you with the majestic Vesuvius mountain dominating it.

You can't have a real tour of Naples without tasting the Neapolitan pizza. The pizza was born in Naples between 1796 and 1810 and, despite being made all over the world with all kinds of flavours, the real Neapolitan pizza is the Margherita (tomato, mozzarella and basil) dedicated to the Queen of Italy Margherita di Savoia, whose name it derives from.  At any restaurant in the city, you can enjoy many other typical meat and fish dishes: spaghetti with seafood, ‘ziti’ (pasta) with Neapolitan ragù, a tomato sauce with beef and pork (pork chops and ‘tracchie’) cooked together for several hours.

A must taste are the typical Neapolitan pastries: the Babà, the Fiocco di neve with a milky cream filling, the sfogliatelle Santa Rosa, a sweet pastry with candied cherries, topped with custard.

To finish off our trip in Naples in style, a good strong coffee served in one of the historic bars of Naples.

pickup at airport, station or holte 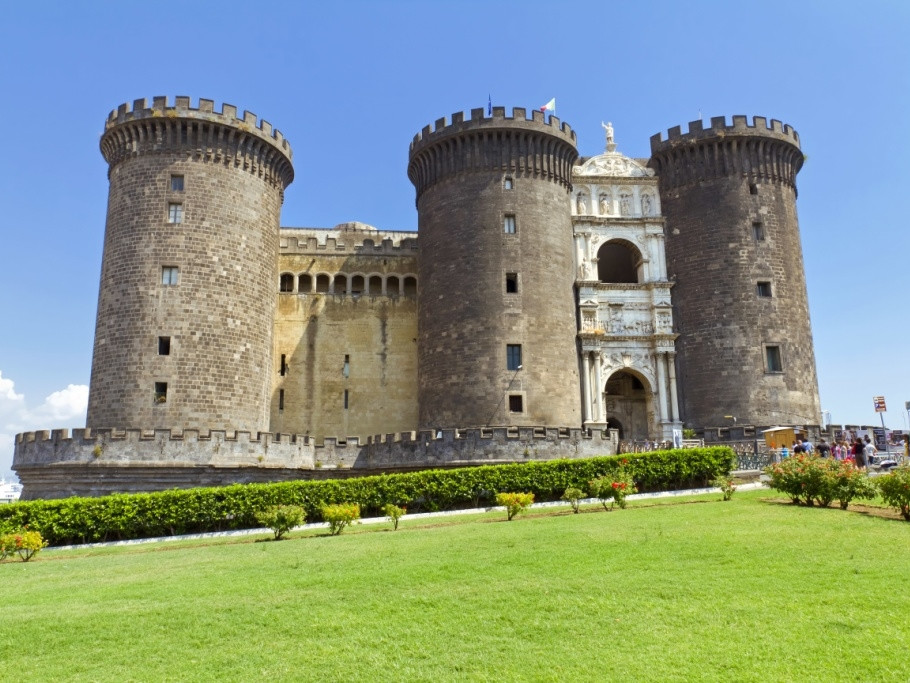 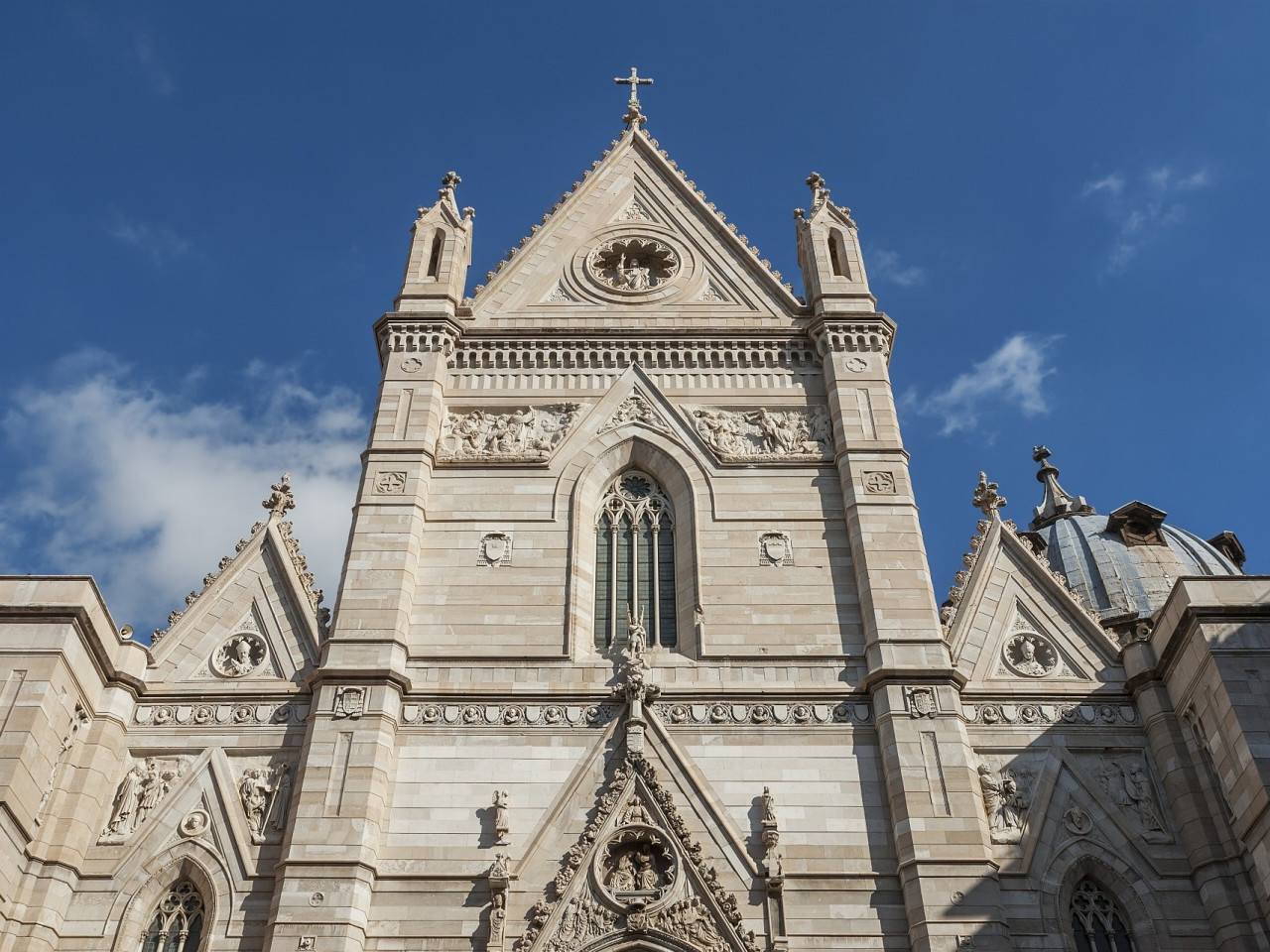