By choosing this unique tour of the Royal Palace of Caserta, you will have the opportunity to discover one of the most fantastic Baroque palaces of Italy, the world's largest by volume, so beautiful that it is considered the Italian Versailles and it was declared a Unesco World Heritage site in 1997 along with the aqueduct and the San Leucio complex.

The splendour of the Royal Palace of Caserta, better known as the Reggia di Caserta, will transport you to a magical and surreal atmosphere and its magnificence of both the palace and its gardens will give you an example of the greatness and wealth of the Italian Bourbon Court in the 17th century. The Palace has 1,200 rooms and 1,742 windows, but has a 47,000 square metre extension and cost 8.8 million ducats, corresponding to about 300 billion euros.

The Tour of the Royal Palace of Caserta begins with the pick-up at your hotel at the agreed time. When we will arrive you can use the help of an authorized guide to visit the palace and its park or make use of the audio guides available in Italian, English, French, German and Spanish for € 5 per person.

Royal Palace of Caserta is the masterpiece of Luigi Vanvitelli, a Neapolitan architect of Dutch origins to  whom it was commissioned  by Carlo Bourbon King of Naples He began work in 1752 but didn’t see the end of the works because he died before they were completed a few decades later.

The interiors are the most luxurious and splendid there could have been at that time and the main artists of the realm looked after the furnishings.

The Palace also has a chapel, the famous Palatina chapel decorated personally by Luigi Vanvitelli and a court theatre, a jewel of architecture from the 13th century.

The Reggia di Caserta is surrounded by a wonderful park which stretches for 3 kms with an Italian garden and an English garden full of all kinds of flowers and plants, in which there are numerous fountains of all kinds, ponds and rivers, with even an aqueduct, the Carolino Aqueduct, 41 kms long, that ensured the supply of water to the Royal residence.

The tour of the Reggia of Caserta will also help you discover many curiosities and specialities such as the fact that in the Royal Palace many films and television productions have been shot, from Star Wars to Mission Impossible 2 and Angels and Demons, the famous film production inspired by the works of Dan Brown, with Tom Hanks.

The tour of the Reggia di Caserta ends with the return to your hotel.

Tour not available on Tuesday for the weekly closing of the building.

pickup from airport, station or hotel 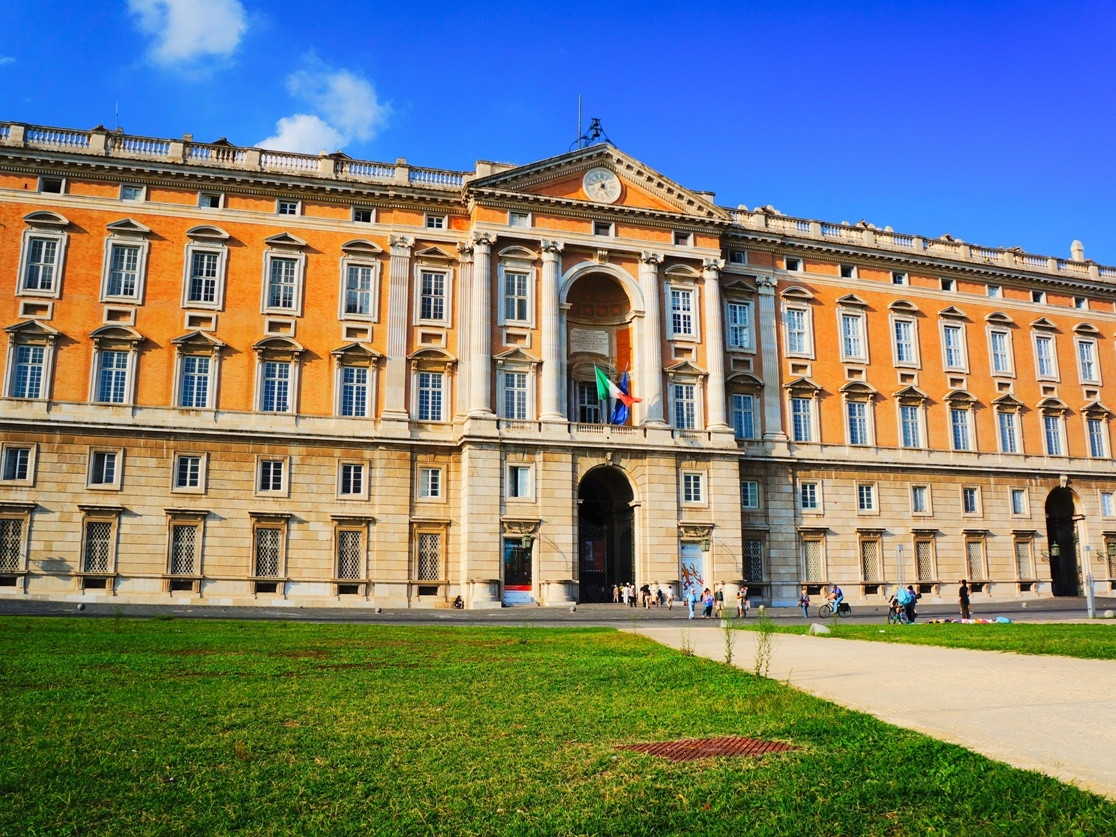 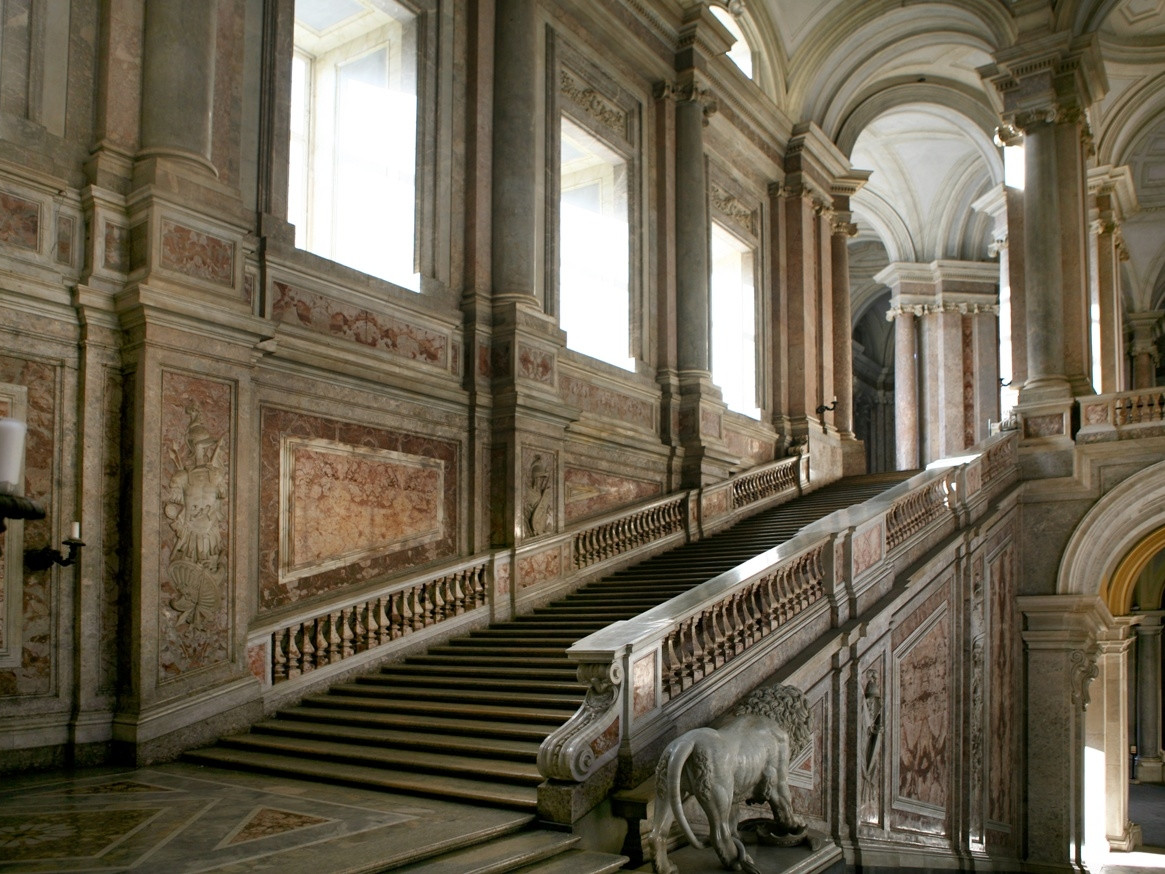 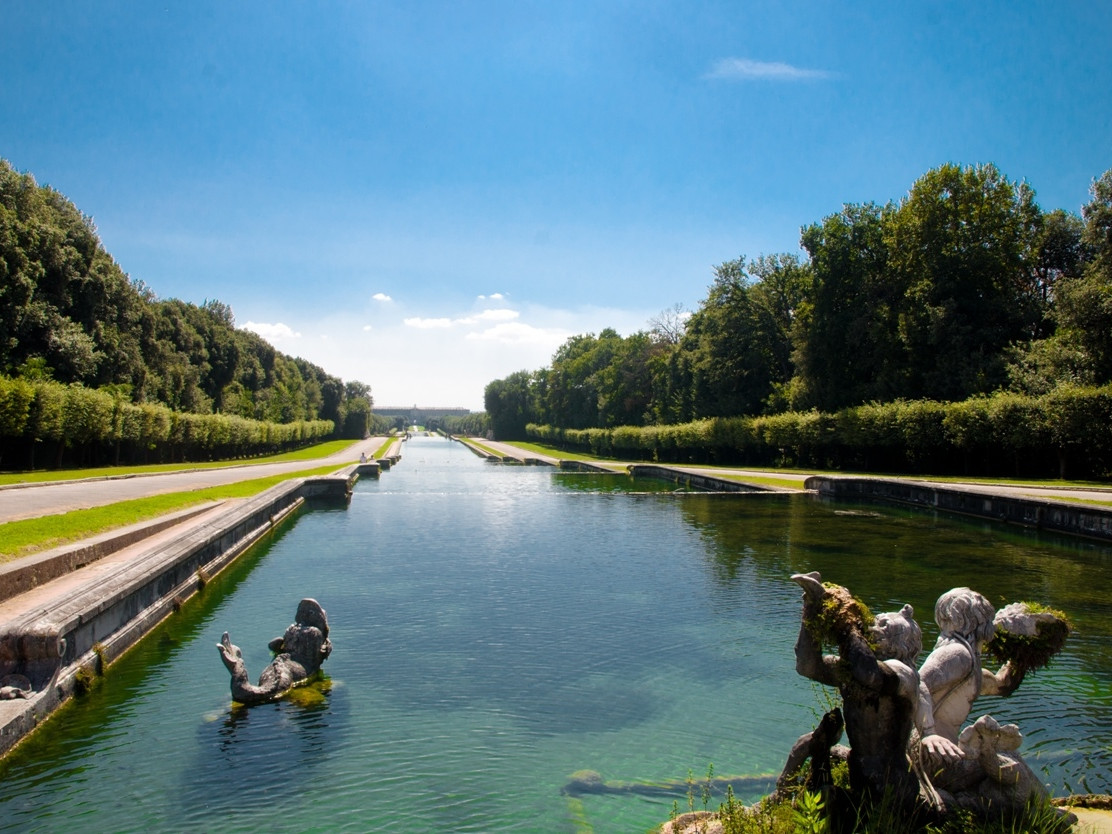